Vladimir Putin is the sexy Ralph Nader. Unlike the consumer advocate who reportedly kept America from a golden Gore Age, Putin has state power and is willing to use it. Plus, he’s foreign, opposed to our freedom, and dedicated to our destruction.

Insisting on air bags can’t compete with this.

For all their supposed cosmopolitan ways, American liberals find solace in provincialism. They claim to be the “real patriots,” as opposed to their reactionary cousins who’d sell this already great nation to the sleaziest buyer. Indeed, liberals earnestly buy into nationalist myths, defending imperial privilege as an extension of progressivism, whatever that might mean at any given moment.

Currently, liberals have lost their minds over suspected Russian interference in our always envied, never duplicated democratic paradise. I say “suspected” simply because, to date, there is no definitive proof that Putin’s tentacles manipulated the US electoral process. But liberals, being smarter than everyone else, don’t need definitive proof. They simply know, and are more than happy to share their insights.

Twitter offers numerous examples of this mindset, but Keith Olbermann is easily the most unhinged. According to Olbermann, Trump’s victory is an act of war declared by Russia — a coup, actually — and we must resist with every patriotic fiber in our innocent souls.

I’m not quite sure what Col. Keith has in mind. Rambling Twitter threads? High decibel YouTube rants? Flipping off Trump Tower? Perhaps, like Che, Olbermann’s resistance plans are so bold that any mention of them will compromise their effectiveness. Who the fuck knows, just so long as Jeff Daniels plays him in the HBO film.

Thirty years ago, ABC aired AMERIKA, a miniseries that asked, What if the Soviet Union conquered the US? It was as boring as the premise was ridiculous, filled with stale pieties about patriotic engagement and fantasies of virtuous resistance — RED DAWN for the cultured class.

At the time, many liberals scoffed at the idea, dismissing AMERIKA as tired, Reaganite propaganda. Yet within it lay the seed for future liberal argument. Who could predict that Donald Trump, himself an 80’s caricature, would be the one to make it bloom?

It’ll be interesting to see how this all shakes down before Trump’s inauguration, assuming that liberals let it go. Clearly, there are people in the CIA intent on alleging treason to Trump, confident that liberal pundits will spread the word. And for good reason. Even if the CIA, a Democratic creation, didn’t exist, liberals would find some way to pin all their troubles on foreign monsters, while striking pathetic poses in their mirrors.

The Trump nightmare is real enough on its own. Is this the best “resistance” we can muster? 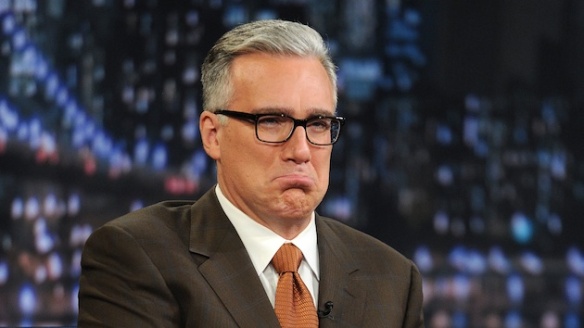